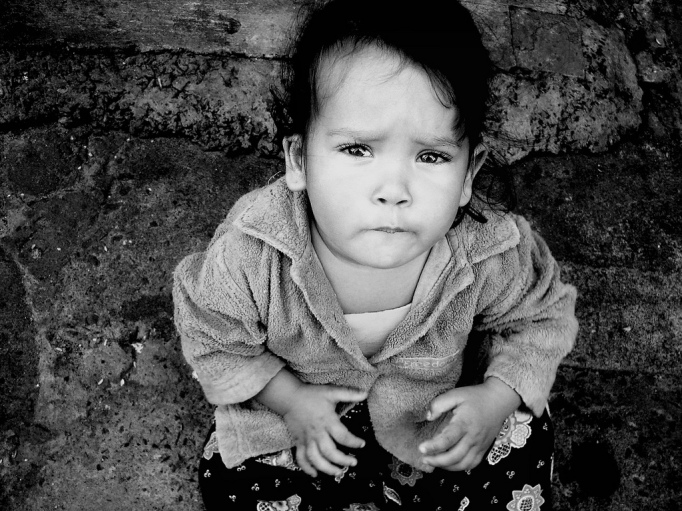 Emotions can be incredibly complex states of being/mind.

People (particularly in this western culture) are afraid to experience emotion due to heavy amounts of socialization and conditioning, especially in school. You know, we’re taught to sit still, to be quiet, to “use our inside voices”, to line up, to avoid disorder and be orderly, to obey, to submit, to share. To share, but not to cooperate. There is a difference. Sharing does not necessarily imply or guarantee cooperation. In school, sharing is a behavioral technique; used as a means to control the behavior of a room full of pinging (that is, naturally rambunctious and curious-minded) short beings.

Let me tell you a story: a sad story about a little girl who cried. 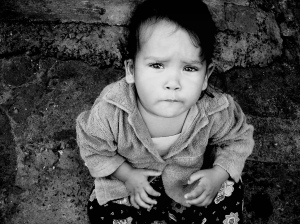 To get to City Island one can walk across a 2,800 foot long truss bridge, which was exactly what I was doing when I spotted a brief exchange between a little girl and her father. The little girl’s father, pushing another child in a stroller, told the little girl to look around as well as look at all the fish visible in the River below. The little girl was throwing bread over the side of the bridge to the fish, and seemed very happy.

Later, having crossed the bridge, I was sat under a pavilion and saw the little girl and her family again as they were passing by. The little girl tripped over a rise in the structure of the sidewalk and fell very hard. So hard that I winced when I heard the sound. She immediately bawled, as I’m sure that hurt her terribly. Probably terrified at the pain, you know, she ran to her father for solace. . . and he admonished her. He yelled at her as he brushed the dirt from her clothes, “You gotta watch where you’re walking. You can’t be looking around while you’re walking!” He seemed actually angry with her that she tripped, an accident on her part, no intent to spoil his day whatsoever. She only cried harder asking then for her mommy. At this, her father really became angry and shouted, “That’s it! You’re going back to the car you can’t act right!”

Did you see the contradiction?

Just moments ago, on the bridge he was telling her to LOOK around, then minutes later punished her for doing exactly that. These are the kinds of happenings that disturb me in the world. What did that do to the mind of that little girl? How could she possible understand that kind of contradicting information from such a trusted and authoritative figure as her father? What was the impact upon her consciousness? What did she just unconsciously learn? How did that affect her ego? Her sense of self in the world she knows and how will that affect her sense of self in subsequent years?

Which brings me back to emotions and the horrors some humans have undergone. That suffering. What I think not many humans grok is that suffering can be soft, horror is not always large, it can be very subtle. . . like entropy, changing and developing small vibrations over time that then result in the current personality/identity of that child in the form of an adult.

What happened to that little girl is a subtle terror, an event that will accompany who knows how many more and will shape her as a human being. It’s systematic, to get children all to sit still or to behave as one being so it could be easier (or more efficient) for the teacher to educate them. A good idea, sure, but in actuality what happens is that the children become standardized. The spark, the inspiration for creativity and innovation and imagination breaks down because the channels created have no room for them, no means to categorize something as unpredictable as a room full of children all having ideas simultaneously.

This is one way that fear of emotion is installed in the collective consciousness. That fear to really let go and be fully in the space. . .

*Image credits (used with permission through CC license)–
“I just want to be happy” by bravelittlebird
“cry, baby, cry” by Barbara Pellizzon
“The Girl Who Cried Wolf” by GaelForce Photography