“Schizophrenia is just a catch-all term for forms of mental behavior that we don’t understand. . . . The typical schizophrenic lives in a world of twilight imagining; marginal to his society, incapable of holding a regular job, these people live on the fringes content to drift in their own self-created value system.” ~Terence McKenna 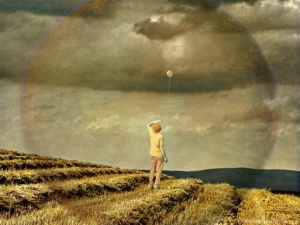 There is a point at which one becomes aware of deeper truths present in what one perceives as reality, and although scientific-management and the other social experiments exacted upon the world by those who seek to create come kind of rational human being, a superman from the nascent gene pool of human nature, attempted to insert in SchizoAffectives (although at birth it could not have been known that these particular individuals—true individuals and not the rugged individuals of whom Watts speaks—would resist this insertion by becoming SchizoAffective [or Autistic or even Schizophrenic]) this rational thinking process, the mechanism of the system, the SchizoAffective resisted, with his very life.

When a human being is born, he has no inherent thinking process; he has only sensation and awareness of those

sensations. He lives only in the Now, he has no extrinsic concept of time, he has no ability of mind to predict behavior. At infancy, the human being is at his most mindful: all mind and no thought. All awareness and the glimmers of consciousness from his first intake of oxygen (and perhaps before). Through systematized familial relationships (whether that familial relationship be biological or institutional or on the street is irrelevant, for the etymological origins of the term family stem from the word “familiar”. Family is that which one is most familiar. That which one encounters and engages every day) a process of thought begins to supplant or replace that natural mindfulness and awareness. In Western Culture, rather than raise the levels of consciousness begins to break them down, to disintegrate them. Not necessarily out of meanness or malice or even evil, but out of efficiency and necessity.

To disintegrate the consciousness and narrow the awareness makes for easier rearing of a child in an already systematized culture and society. Thus begins the Social Game. Without knowing the effects of such play, the familial institutions begin to prepare the infant for a childhood of systemized living: schooling, social interactions (rather than friendships), social communication (the forming of consciousness and awareness and sensations into rational, logical, linear thought, and thought into rational, linear, logical language). A schizophrenic meanders in speech, seemingly illogical, lacking linear capacity, therefore difficult to follow or comprehend. One thing does not naturally lead to another. It takes a path untrodden through the wooded fabric of his still intact mindfulness, awareness, and consciousness. Like grasping Alice’s hand and wandering thought Wonderland for a spell, visiting bits and pieces of nonsense. Like looking at the first layer of a highly iterated fractal. The SchizoAffective mind works (not processes) like layers of fractal chaos. It tessellates. Only making any kind of sense when the full pattern of the fractal can be seen from a higher level of magnification. As such, systematized society and its rules are traumatic to the schizoid mind.

The schizoid mind is not fragmented by years of systematic abuse (that is AB-use, used badly or wrongfully) despite his speech appearing so to systematized society. His depth of emotion remains wide along the spectrum, not divided into sad/happiness, anger/contentment, crying/laughter. It retains its seemingly inexplicable nonduality and laterality: Cry-laughing-anger-smiling-sorrow-contentment-pensivity-stillness, etc. In effect, a chaos of emotion and mental associations that is like a quantum code. Every iterant absorbs the previous and results in a new iteration, which then absorbs, and so forth. Iterations can be understood to mean manners of speech, sentence structure, sensation, awareness, of environment, empathy of others’ emotions, words and meanings of others in their environment, and so on. Although, not an algorithm naturally, the mind of a SchizoAffective (and schizophrenic) behaves like one, more like IBM’s Watson, or higher level AI. The schizoid mind learns in this manner as well. Thus, he is a difficult addition to the social consciousness. He does not fit. He becomes the discordant (and contrariwise, society appears discordant to the schizoid mind; the affect to the schizo of SchizoAffective). Quite plainly, the social game can and does drive the schizoid mind into madness; hence his defense mechanism of dissociation, or isolation, or hallucination, or paranoia, or delusions.

The schizoid mind experiences intrinsically the external world like a person on LSD. His experience is psychedelic always, his awareness is synesthetic, his empathy almost like telepathy. What then of the socially constructed ego? Why is the schizo without one? Even if he were born with an ego, he would discard it out of preservation for his consciousness. The ego does not fit into the schizoid mind’s psychedelic experience and perception of the world about him. He MUST rid his mind of the ego; else, he shall not survive the continual and constant onslaught of the social order. In other words, the riddance and absence of the ego is a self-defense mechanism in the schizo.