Law.A rule of action prescribed by a superior, which an inferior is bound to obey: 36 C.J. 957

What kind of world do we live in when sesame street has gone from ABCs and 123s to My Mommy/Daddy is in Prison and My Daddy/Mommy Broke a Law? How does this not scream crisis emergency epidemic to the world? How has humanity become so complacent that the existence of parents/people in prison has become so common place that Sesame Street has taken to incorporated it into their television programming and offering Incarceration Tool Kits. I’m not sure if that makes it better or makes it that much more tragic. It has become so normalized and such a standard (incarceration, breaking laws) that a progam dedicated to children is now using it. Let us forget for a moment about the abstractions that are laws and what it means to break an abstraction, let us play around in this reality for a while. The comic tragedy of it is no less severe. Watching the videos on Sesame Street’s website play out like a skit from SNL or perhaps MADtv or even The State or some parody on YouTube. Yet, sincerity and seriousness must be acknowledged. The US has stepped over yet another line in the consciousness, there are now so many people in prison (and not all of these prison sentences are just, but let us save that for another essay) that it is now not an HBO special or a trumped up, sensationalized multi-million dollar CGI Hollywood film, but a Sesame Street program. Has human existence sunk this low? Are there way too many laws anymore? According to an article in the Wall Street Journal, perhaps there are. The number of federal laws in the united states for which anyone could be indicted for are innumerable? Does no one else find this disturbing. I’m sorry, what was freedom again.

Shouldn’t we be embarrassed? Shouldn’t we be raging against such an onslaught of obvious mockery at humans being? Shouldn’t there be crying and gnashing and clenching teeth in the streets that there never was any freedom, that the promises promised were never meant to come true, that EVERYONE is bound for the mental electric chair?

Yet, many too many line up voluntarily for the noose and consider themselves lucky to be given the soft rope, and place firmly their hands upon the plough. What mental holocaust should abound now that humanity has leased his grounds to the corporate teat?

No more, I say, shall I kneel as a coward before the sheep clad in gold. No more shall I walk with head bowed into the belly of an iron beast and shame my self esteemed great. I ask for no other to walk with me flat feet upon the earth, as I shall walk regardless, with my toes digging into the soft dirt and plush grass. I shall hang my hat upon a low branch, and I build my home among the upturned roots of a fallen tree.

Outside of the local conundrums of Schrodinger’s box can there be any concept like free. Until people realize the obviousness of this,  humans will continue to be incarcerated by laws so innumerable the only solution will be the creation of a paralyzed Utopia, intent upon the destruction of uncertainty, the murder of unknown, and the jailing of infinity in the name of human insecurity, fluttering away Life for what is sold on TV.

“We do not ‘come into’ this world; we come out of it, as leaves from a tree. As the ocean ‘waves,’ the universe ‘peoples.’ Every individual is an expression of the whole realm of nature, a unique action of the total universe. This fact is rarely, if ever, experienced by most individuals.” ~Alan Watts 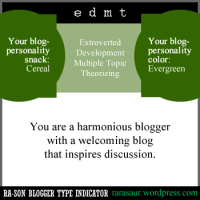